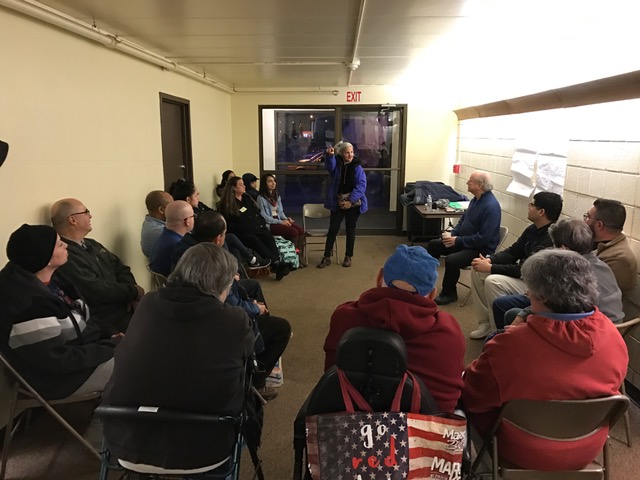 After a 20 year struggle, tenants at Fruit Sever Apartments in Worcester have won a huge victory!   The nonprofit Community Builders has purchased their 132 unit building from a controversial slumlord, and plans major repairs and restoration of affordable housing!  Tenants celebrated and met with TCB on March 7th.

Tenants at Fruit Sever Apartments in Worcester first organized with the help of MAHT in 1996.   Over the years, the group fought a notorious slumlord in an effort to win housing code related repairs and keep the rents affordable. Tenants suffered for years from water leaks, mold, poor maintenance, leaky windows, and electric heat bills of several hundred dollars per month each winter--often more than tenants paid in rent!

In 2011, MAHT helped tenants delay a rent increase for a year and tried again to win needed repairs.  Instead of fixing the building, this slumlord decided to convert to market rent in 2014, by prepaying the HUD mortgage and ending HUD's Section 8 contract. While most tenants were issued Enhanced Vouchers and were able to stay if they wished, many moved out due to the atrocious conditions and harassment by the buildings management and maintenance staff.

The Fruit Sever Tenants Association, with the support of MAHT staffers Cassandra Bensahih and Lediana Cerri, continued to fight for safe and decent housing.   They brought in the City Manager, Ed Augustine, and the City Health Department.   Under pressure from the City, the slumlord was forced to make numerous health and safety repairs.  But rather than working with the tenants, he instead filed a frivolous eviction case against a key tenant leader, who counter-sued in federal court, costing the building's owner significant legal costs before the eviction case was dropped.  The owner also issued a "No Trespass" order against MAHT staff, forcing tenants to meet at a nearby neighborhood center.

In 2015, unable to rent the "market" units due to substandard conditions and management, the building's owner finally decided to put the building on the market.   This triggered the state Chapter 40T "expiring use" law, which allowed the State Department of Housing and Community Development to pick TCB as a new owner, to offer to buy the building from the slumlord.

TCB finalized the sale in summer 2016, and has begun assembling up to $10 million to renovate the building and restore affordable housing.   On March 7, 2017, MAHT volunteers Bensahih and Cerri organized a celebration and meeting with TCB.  A standing room only crowd of more than 50 tenants heard from TCB's John Fraser, who spoke about exciting things to come! TCB hopes to raise the funds for new kitchens, bathrooms and appliances; new windows and sliding doors; plumbing upgrades; and weatherization and energy improvements to finally lower peoples' electric heat bills.   TCB also plans a new Community Center and has begun programming for children and seniors in the development.    More than 12 tenants volunteered to strengthen the Fruit Sever Tenants Association to continue the dialogue with their new owner!


"It is truly an honor to see justice in motion when people stand up for their right to decent housing, we win, welcome TCB and thank you for the involvement with the tenants association and for the spirit of caring you bring to fruit sever. - Cassandra Bensahih

Although the Fruit Sever Tenants Association and TCB have a long way to go, this is a HUGE victory for all of us here at MAHT and we cannot wait to see how far the building and tenant group comes in the next few years. Check out a few pictures below of the first meeting! 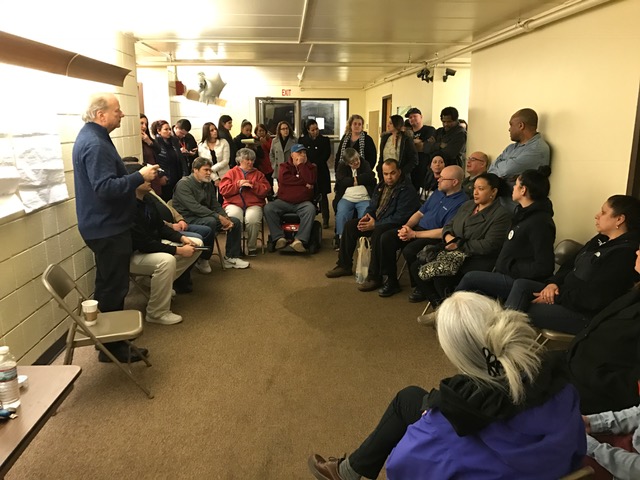 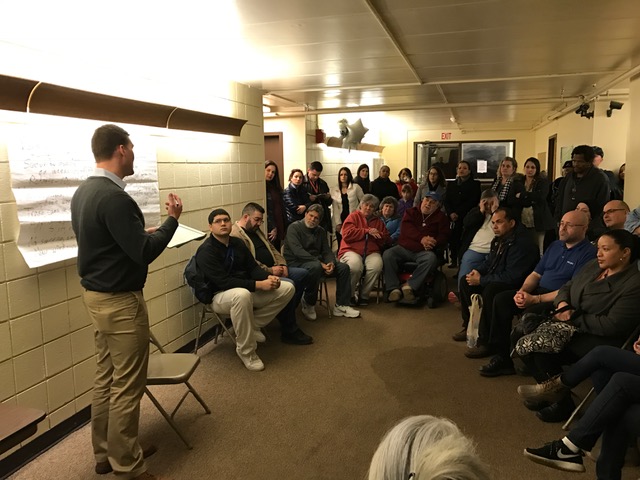 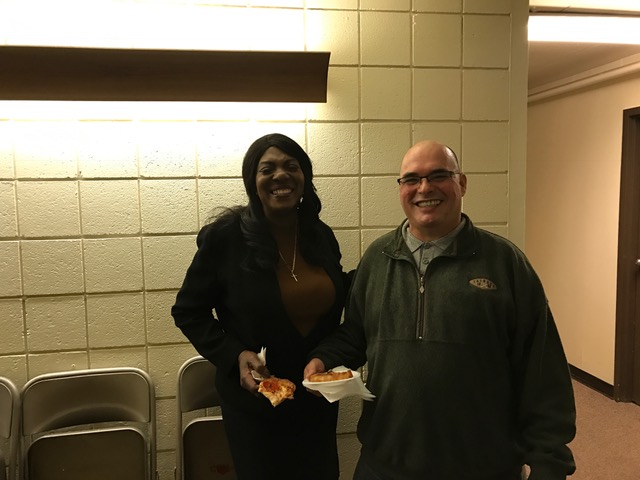