On Monday, March 6, 2017 the Boston City Council’s Committee on Government Operations held a public hearing regarding The Jim Brooks Stabilization Act [Docket #0106]. Mass Alliance of HUD tenants were present for this hearing, as well as other groups such as City Life/Vida Urbana and Right to the City. This Act was sponsored by Mayor Marty Walsh, and was referred to the Committee on Government Operations on January 11, 2017. To get the FAQs in regards to the Jim Brooks Act - CLICK HERE!

"Tenants do not know their rights, our office wants to educate them on this matter"- Lydia Edwards

After Edwards and Dillon were done explaining the most modest yet necessary plans for why this Act is so important, members of the council who were present had their own chance to speak and ask questions. Some members were for or against this Act right off the bat but still asked questions on why it was important or if they had concerns, they voiced them.


Michael F. Flaherty, the Chairman for this asked "What resources, if any, would the city need to enforce this provision; if this passes, what more will be need?" What most thought during the hearing was Flaherty meaning how much more money or time would be spent, and Dillon may have thought that's what he was asking as well because her response was very assuring that the office of Housing Stability is "staffing up" and would be able to handle this type of work on their own. 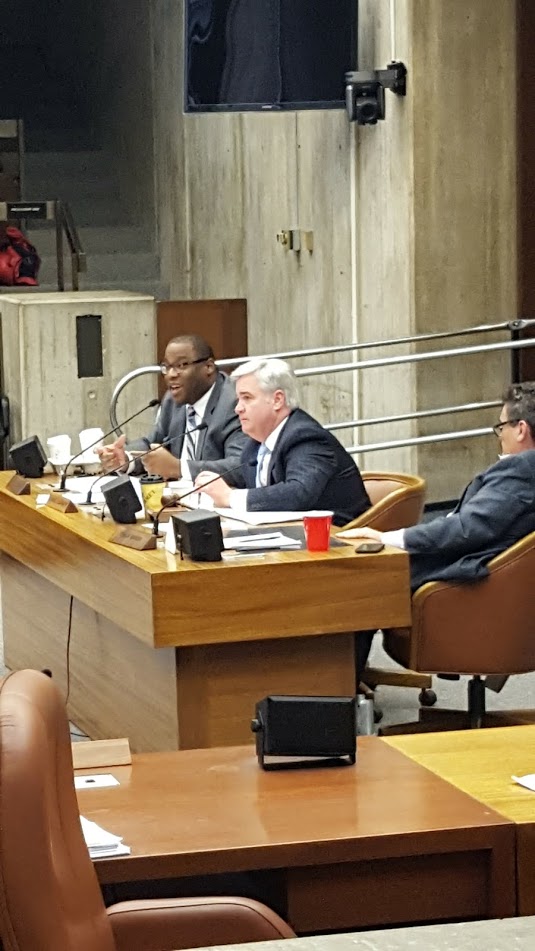 The meeting went on, back and forth between council members, different panels of both proponents and opponents that included Stuart Shire, a private real estate lawyer who was not in favor of this act, A grouped proponent panel which included Lisa Owens of City Life/Vida Urbana, Lauren Song, a senior attorney at Greater Boston Legal Services, Maude Hurd of the New England United 4 Justice, and Dr. Linda Martinez representing the BU School of Social Work. A few more proponent and opponents went through their reasons of why they thought this Act was smart to pass or not. Some councilors also gave their opinions on how they felt which set the tone for how the audience reacted.

The room became tense at points; especially when Shire used the wrong words in describing a tenant who could not pay their rent is a "bad tenants". Councilor Tito Jackson had plenty to say to many remarks made by Shire, but one in particular was when he stood up for tenants in housing court saying "Someone is not a bad person because they can't pay, I just want to make a distinction."

At the end of the meeting, the public was then allowed to speak up and give their own testimonies for why they were in support of or not in support of the Jim Brooks Stabilization Act. It was enlightening and empowering for many tenants to be able to get up their and support this Act. We had our own Michael Kane speak and hand post-cards with information on them to the Council Chair and the rest of the Council. If you would like to see the entire meeting, feel free to watch it ---> HERE

Check out more pictures from the meeting below and if you feel like you'd like to get involved next time, be sure to sign up on our page for volunteer opportunities! 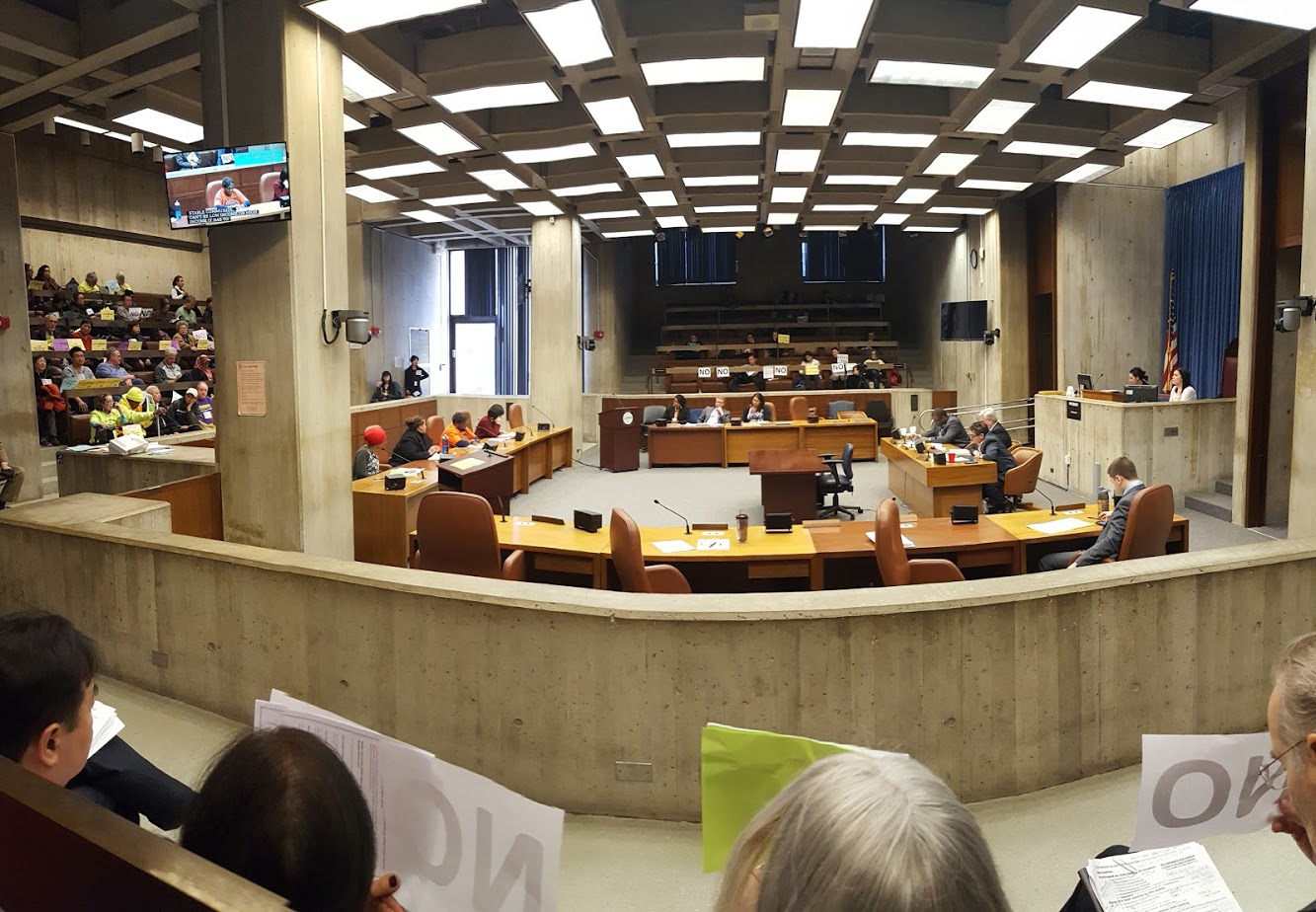 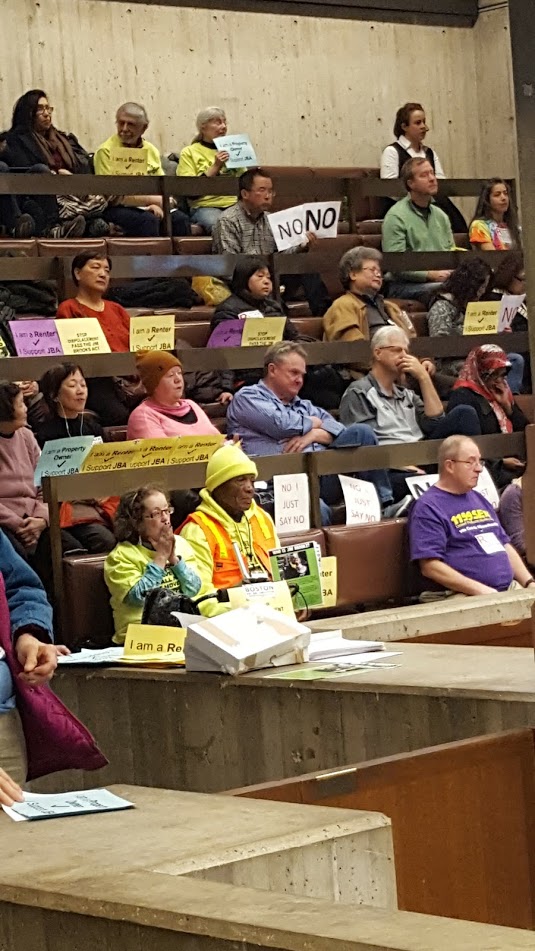 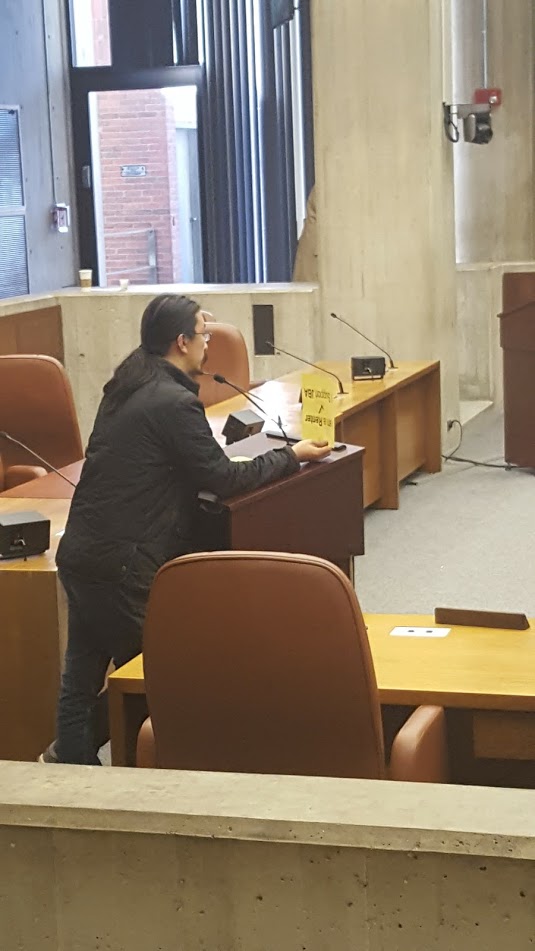 George Lee, a big part in the JP/ROX speaks for the Act