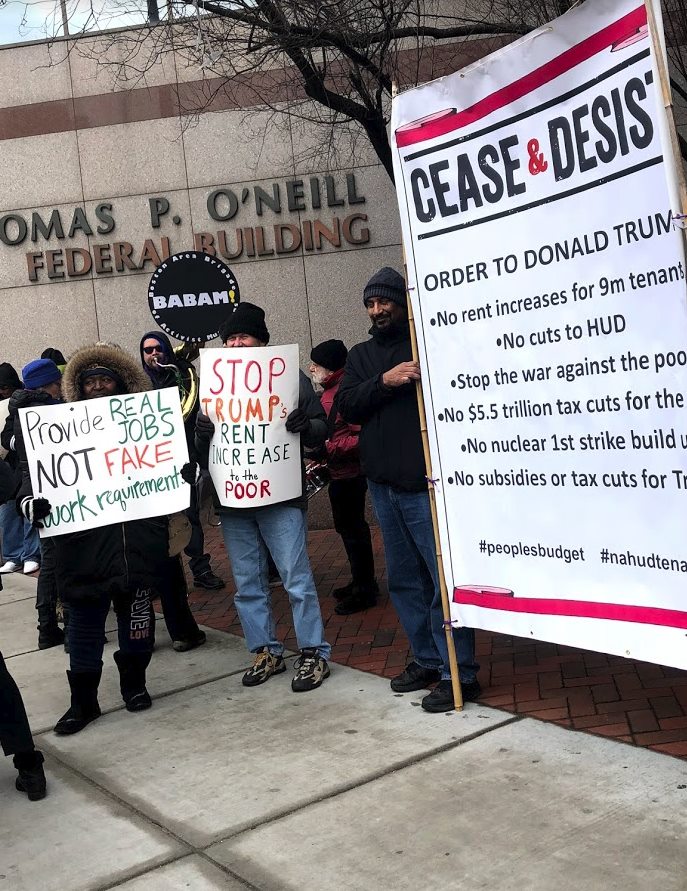 The People's Budget Campaign is a collaboration of national, state and local organizations whose goal is to promote and pass a People's Budget. The People’s Budget is a budget for a government that invests in our communities, not corporate CEOs, makes bold investments in health care, infrastructure, education, and other areas that face steep cuts in the Republican budget.

In collaboration with the state and national People’s Budget Campaign and the Progressive Congressional Caucus, MAHT has been a strong supportive participant of these budget goals. Through lobbying, holding of info sessions and through public demonstrations, MAHT, has been a vehement partner in the campaign for a People's Budget. 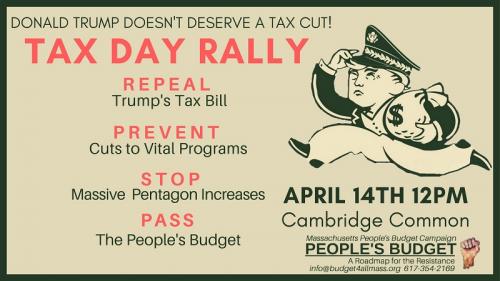 Meanwhile, on the federal level, the National Alliance of HUD Tenants has taken the fight for a Peoples Budget to the national stage. 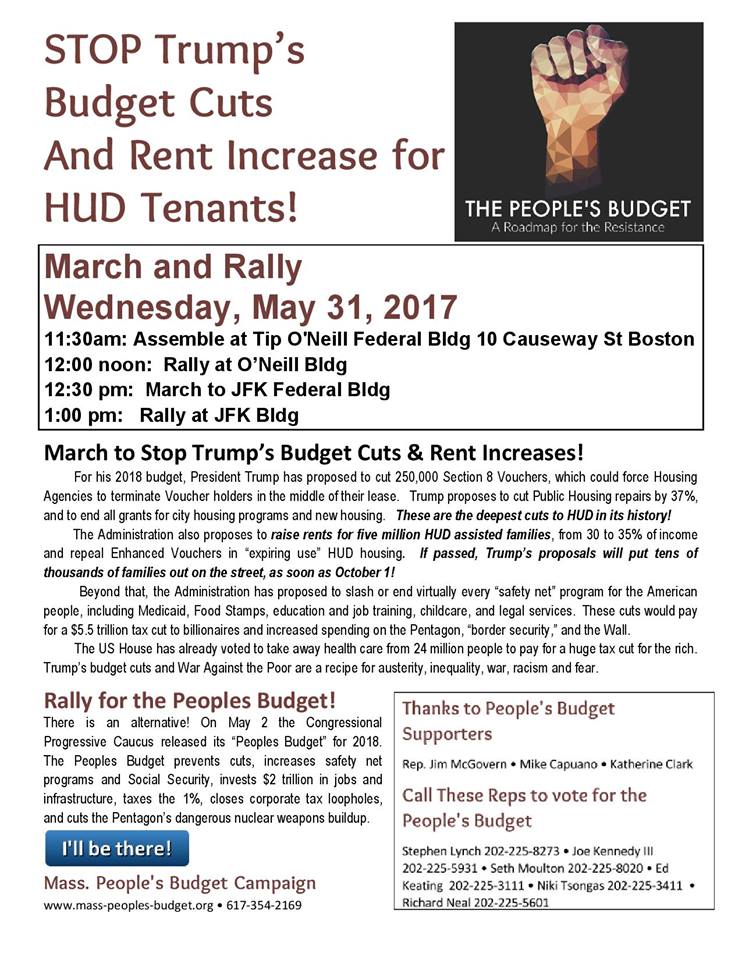 requirements” that threaten to cut a million low income people from subsidy programs. These cuts threaten 104,283 low income families in just Massachusetts with displacement. Theirs is the antithesis of a People’s Budget.

So our efforts continue. Check out The Massachusetts People’s Budget Campaign and The Progressive Congressional Caucus for more. And remember, you too can help.