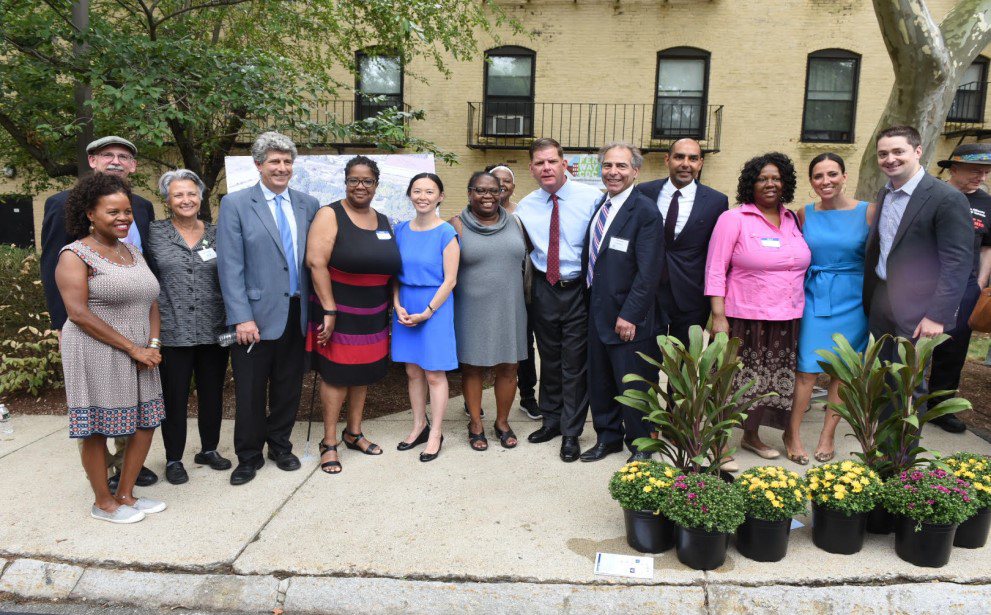 On August 20, 2019 MAHT celebrated the preservation of 97 affordable units at the Newcastle-Saranac Apartments in Lower Roxbury. As the building’s 40-year mortgage subsidy contract expired, owners planned to sell the building, potentially threaten-ing residents with displacement. MAHT organized the Newcastle-Saranac Tenants Association to save their homes in response.

Victory came when the Fenway CDC and partnering owner Richard J. Henken completed their purchase of the building and preservation of 97 units as affordable housing. Major repairs are planned in 2020.

Newcastle tenants helped win a $20 million grant from the City and Project Based Vouchers to support the sale, MAHT tenants also helped block an ill-advised scheme by the seller to threaten tenants with eviction unless they signed new leases in violation of state law.

Boston Mayor Martin J. Walsh joined the celebration this past summer as tenants and partnering organizations honored the fight to save our homes at a preservation ceremony. His remarks commended the efforts of MAHT in organizing tenants to extend affordability at Newcastle-Saranac.

Although the preservation of these 97 units is an outstanding win, the fight must continue as rents for many ten-ants may still rise from 30% to 40% of income. As tenant leader Kim Wilson recounted on August 20th, “From the beginning of living here, I felt a sense of community with lovely neighbors that I could depend on.” MAHT contin-ues to support the Tenants Association in the next phase of their struggle.