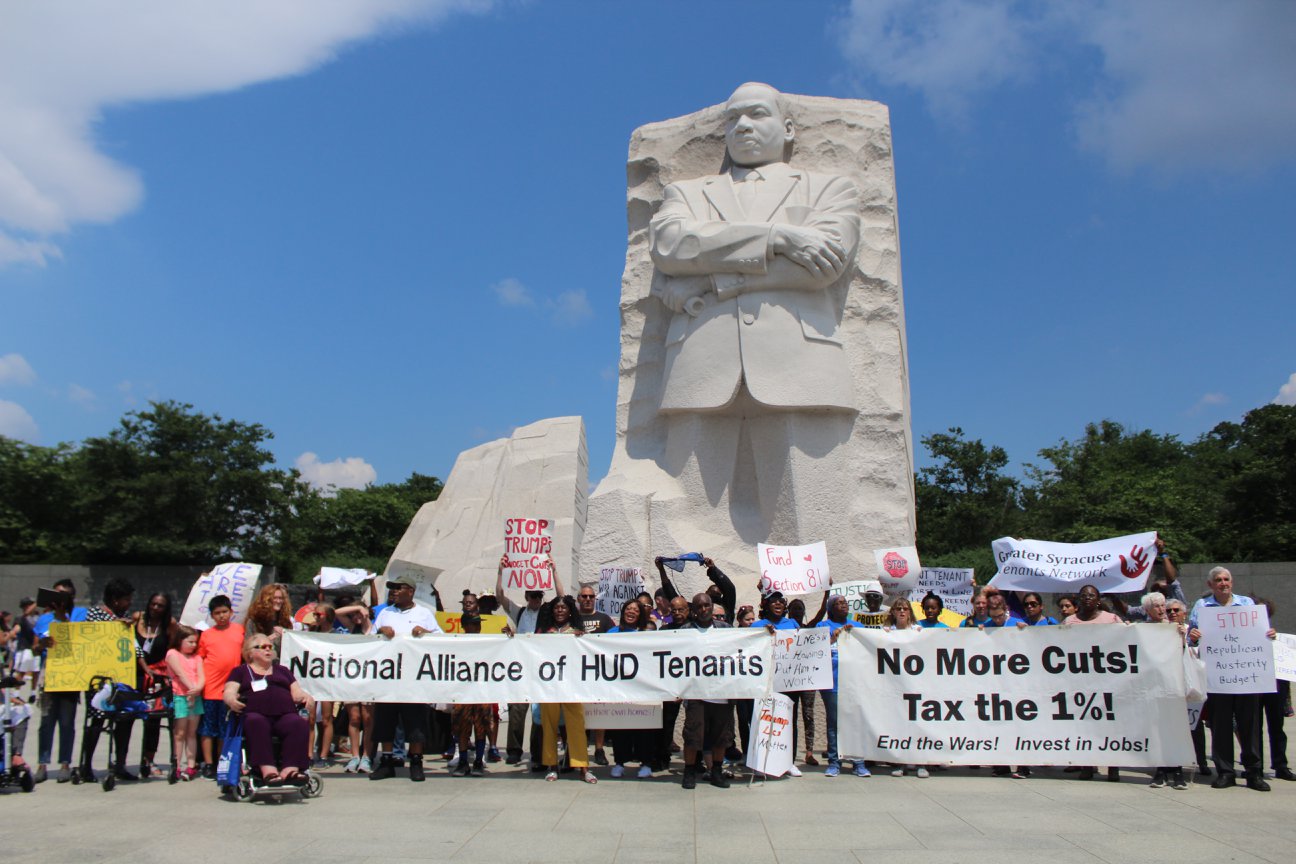 As a multiracial organization of working class tenants in privately-owned, HUD assisted housing, NAHT’s elected all-tenant Board condemns the abhorrent murders of George Floyd, Breonna Taylor, Stephon Clark, Ahmaud Arbery, and countless others before them. These murders at the hands of racist police and vigilantes reflect the sordid 400 year history of white supremacy and violent racial subjugation that has stained our country since its inception. The systemic trauma this violence inflicts daily on all people of color, and the destructive sickness of racism that causes it, affect us all. This must end, and it must end now.

White tenants and allies are challenged to confront and fight white supremacy in all its insidious forms, and to support where they can the struggles of people of color for liberation, justice, human rights and dignity.  White people must recognize that the poison of racism and white privilege has stunted, too, their own growth and liberation as fully human beings.

If there is any bright spot in the wave of unrest sweeping the US, it is the broad multiracial movement, led primarily by a younger generation which is sweeping away the shackles of racist hegemony and leading the nation toward a brighter world of justice, equality and respect for human rights.  This movement gives us hope.  But there is much work to do.

NAHT's tenant membership is no stranger to institutional racism in housing and our communities.   It can be seen in the location of low income HUD housing, often on toxic waste sites or undesirable locations far from jobs and transportation; in neighborhoods suffering from environmental pollution and degradation, which sicken and kill people of color at higher rates; from physically sick structures with rampant toxic mold, carbon dioxide and gas leaks, lead paint, asbestos and radon exposure that afflict our children, elders and the physically challenged alike; from management companies that enforce discrimination through wait list and transfer policies; internal segregation within developments; and disparate treatment of tenants.  It can be seen in the Trump Administration's misguided attempts to expel 53,000 children and their families through its new Mixed Status Rule, as well as proposals to phase out and eliminate all subsidies for low income tenants over the next 10 years.

HUD tenants who are Black or brown share the additional burdens of systemic racism in schools, jobs, the criminal "justice" system, health access and services.  Particularly in high rise HUD housing with overcrowded apartments, these burdens have resulted in a startling level of infection and death from the COVID pandemic among tenants of color nationwide.  We must unite to insist on transformative change not only in housing, but the intertwined systems of health care, education, public safety and criminal justice, neighborhoods and community life.

The NAHT Board calls on all HUD tenants and allies of good will to do all we can to challenge these systems and build a better future.  We strongly support former President Obama's call for immediate implementation of comprehensive Police Reforms at the state and local level.  We call on Governors, Mayors and other local officials, to review and reform police practices to ensure that local police respect human rights, including the Constitutional right to peaceful protest and assembly, through training and recruitment, de-militarization of local police departments, and robust independent civilian review boards.  Local officials must act now to remove repeat human rights offenders from police department ranks.  Police who have attacked peaceful protesters with violence and assault must be removed from the ranks.

We urge tenants and allies to contact Governors, Mayors and local officials to demand these  reforms.  They cannot wait.  We urge action to end the “qualified immunity” that has made it more difficult to hold accountable police and public officials who violate our rights.

We urge our members and allies to join peaceful protests to affirm that Black Lives Matter and demand justice and change.  We urge all to call out and isolate the often white agent provocateurs who have attempted to hijack this movement to discredit, divide and divert us with violence, property destruction, and unprovoked attacks on police.  We must learn from the lessons of the past and keep our movement strong.

Most importantly, NAHT urges all people to register and mobilize to vote in the fall elections.  We must resist the systematic efforts by some to suppress our voices, through intimidation, legal and legislative attacks, and soon a tsunami of social media disinformation to divide, confuse, discourage or demoralize people from voting.  We should take inspiration from the heroic Wisconsin primary voters who risked their lives to vote last month.

This fall, we should vote as if our lives depend on it—because, this time, they do.

or
Please check your e-mail for a link to activate your account.