Brighton tenants win victory for Enhanced Voucher tenants across the US! 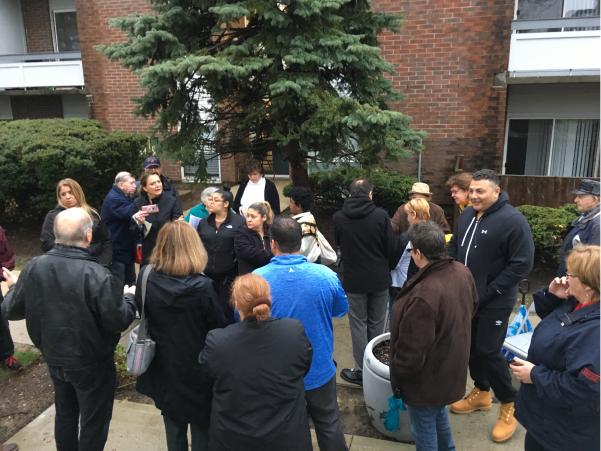 In March 2017, ten families at Waverly Apartments in Brighton received letters under their doors notifying them that they were being evicted from their apartments. The letters explained that their landlord had requested a rent increase from the Boston Housing Authority, and that the BHA had deemed the rent increase to be unreasonable. As a result, their Enhanced Vouchers could no longer be used in the development, and tenants would be forced out by the end of June.

MAHT had worked with tenants in Waverly in the 90s to secure Enhanced Vouchers, and now some of those same tenants called the MAHT office, ready to fight the eviction. MAHT wrote the BHA, citing a federal regulation requiring the BHA to approve the owner’s request in buildings like Waverly, as long as the owner’s request does not exceed rents already paid by market rate tenants in the building.
The BHA quickly agreed with MAHT’s analysis. On April 28, 2017, representatives from the BHA joined MAHT at Waverly Apartments to tell the 10 families that the BHA would approve the owner’s subsidy request. Tenants would not be evicted after all, and could stay in their homes!
The precedent established by the Waverly tenants is a significant victory for Enhanced Voucher tenants nationwide, and may prevent thousands of tenants in similar circumstances from facing eviction and losing their homes
Do you like this post?
Tweet