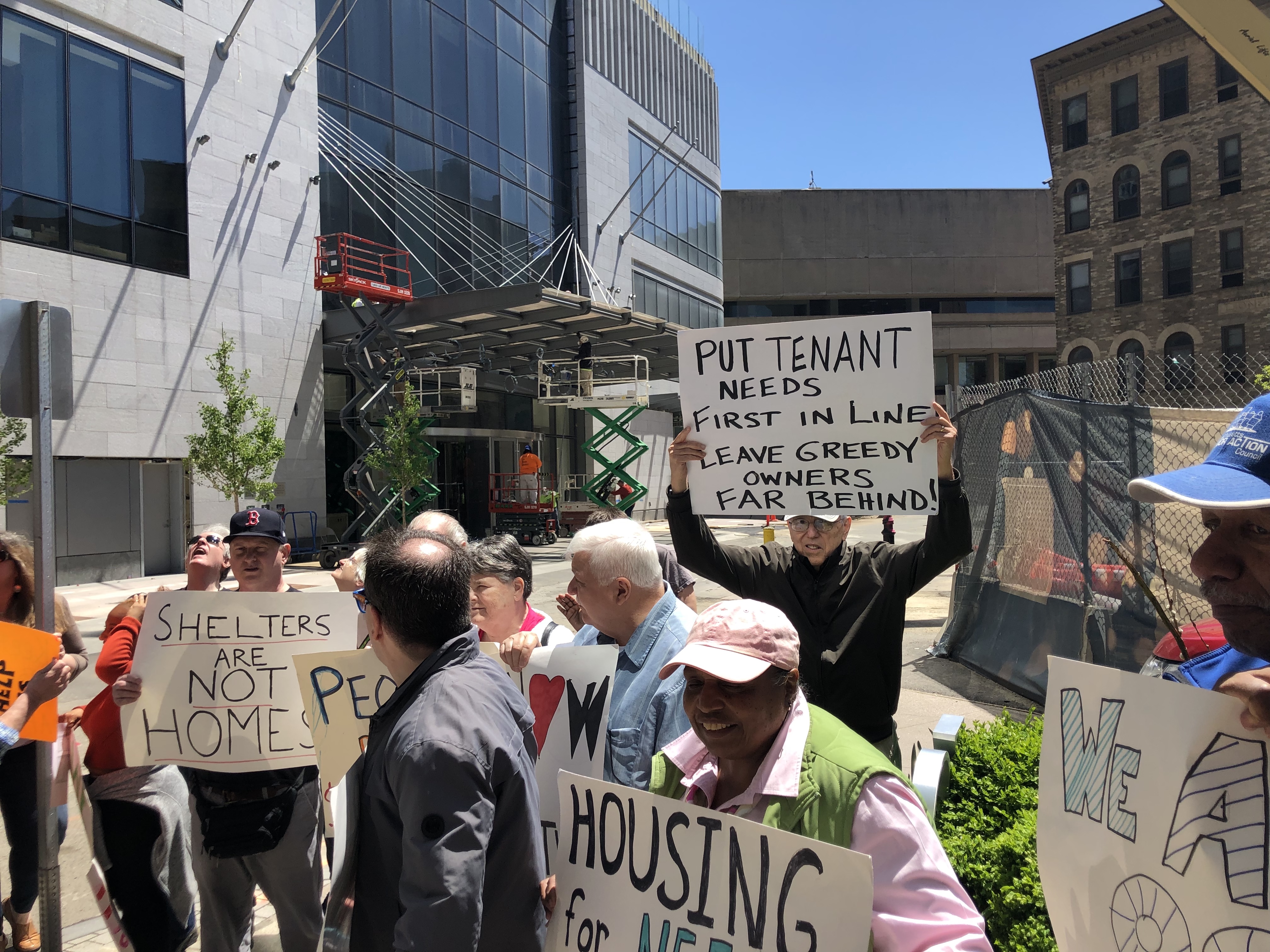 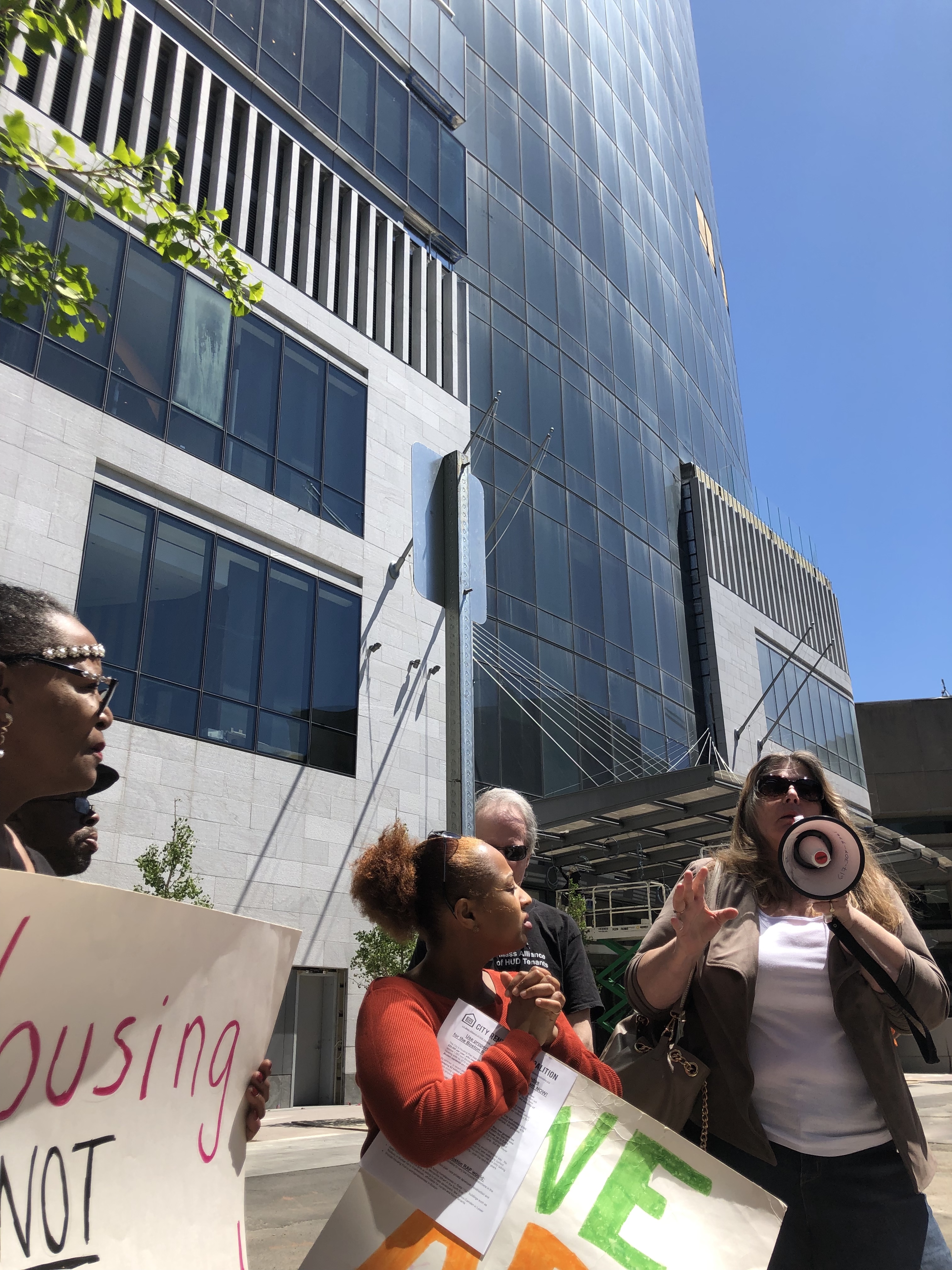 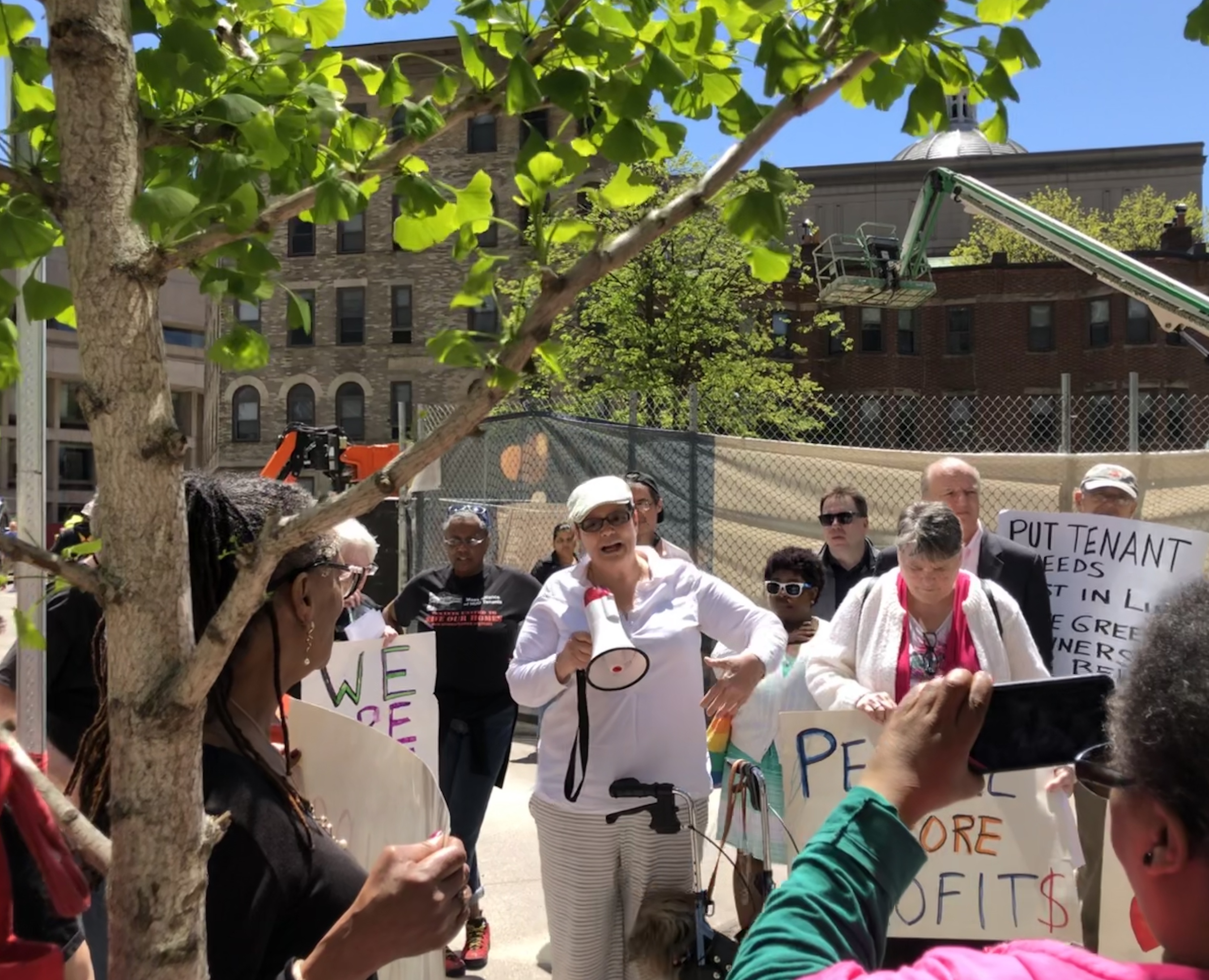 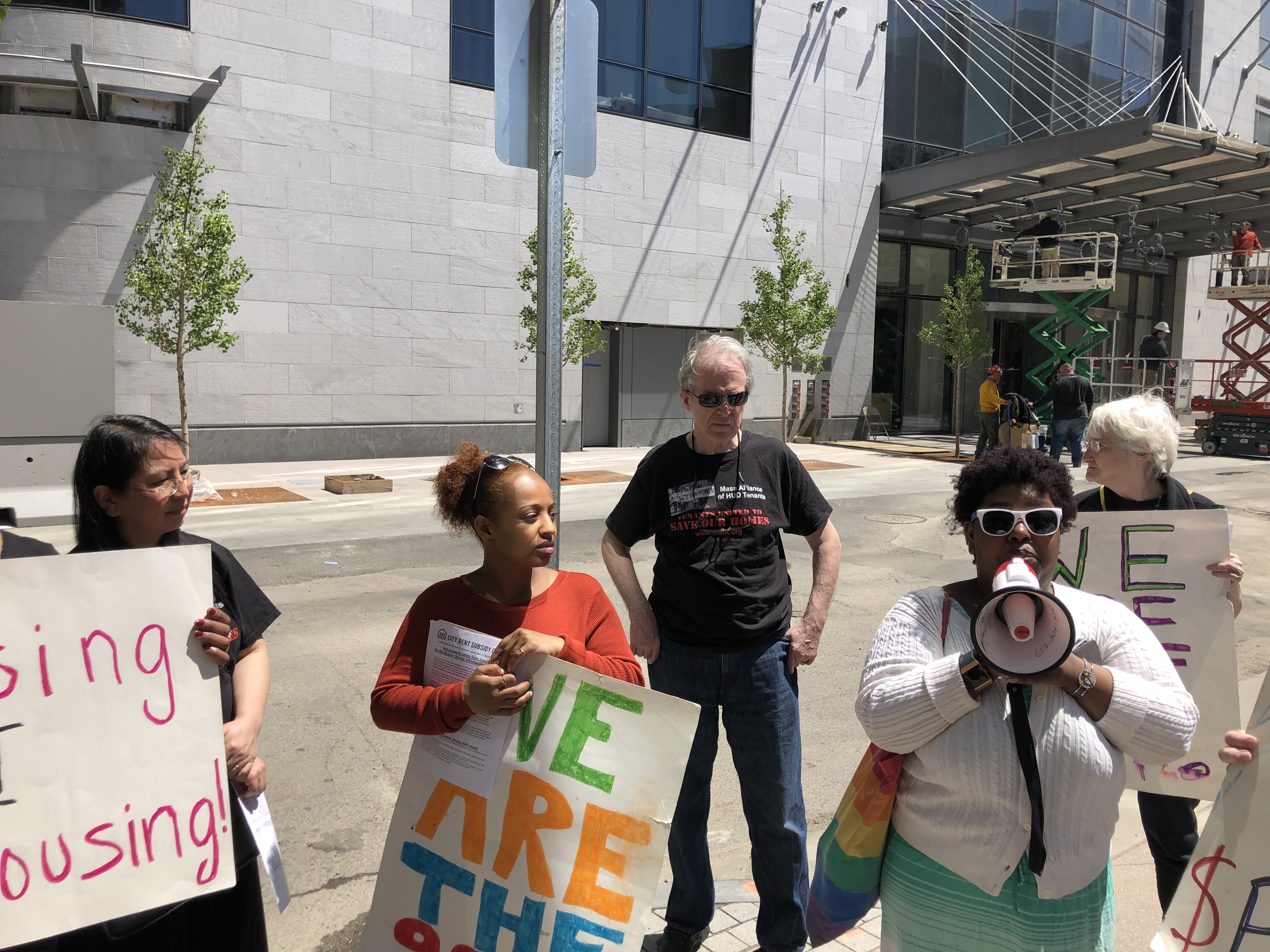 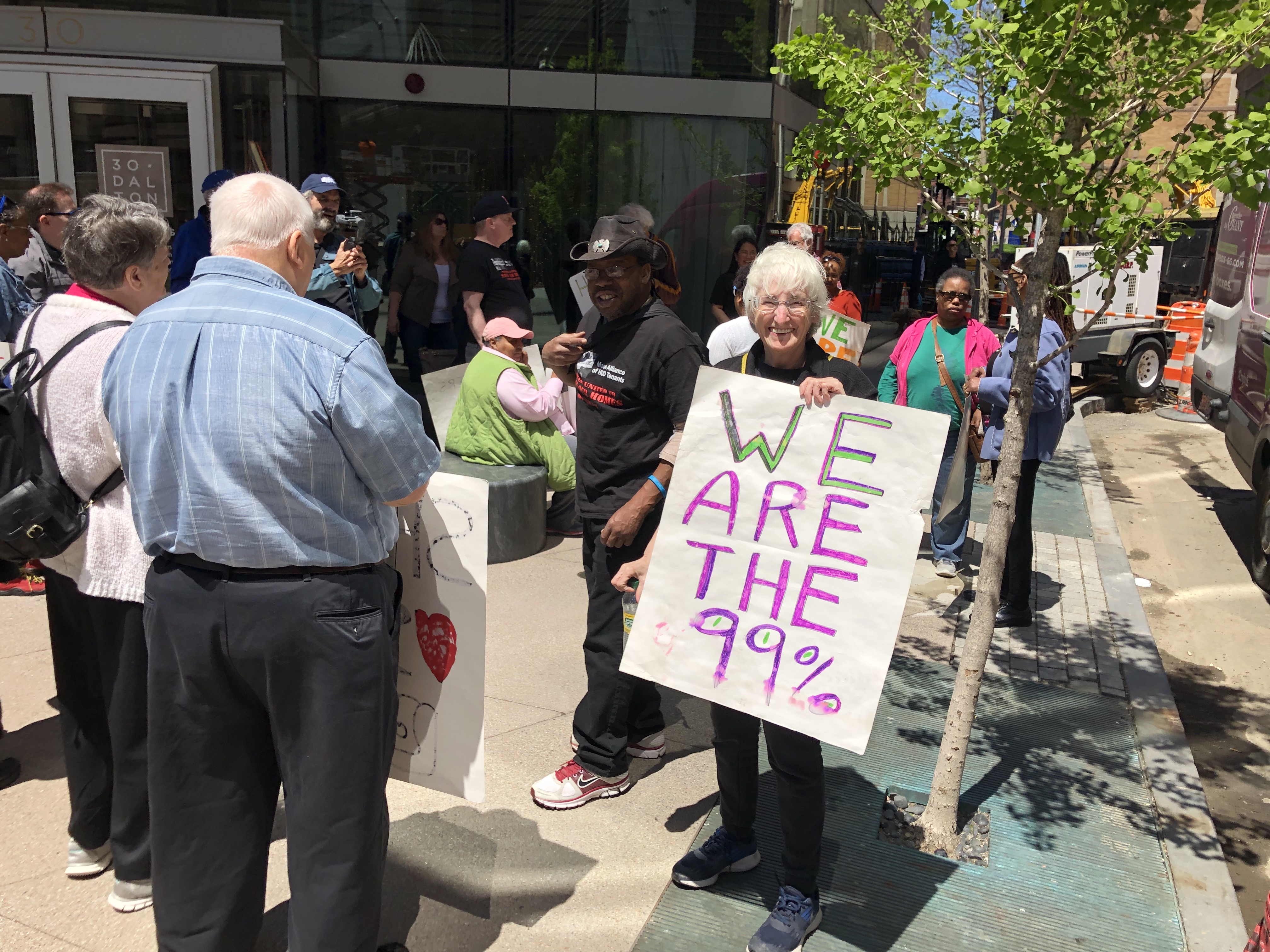 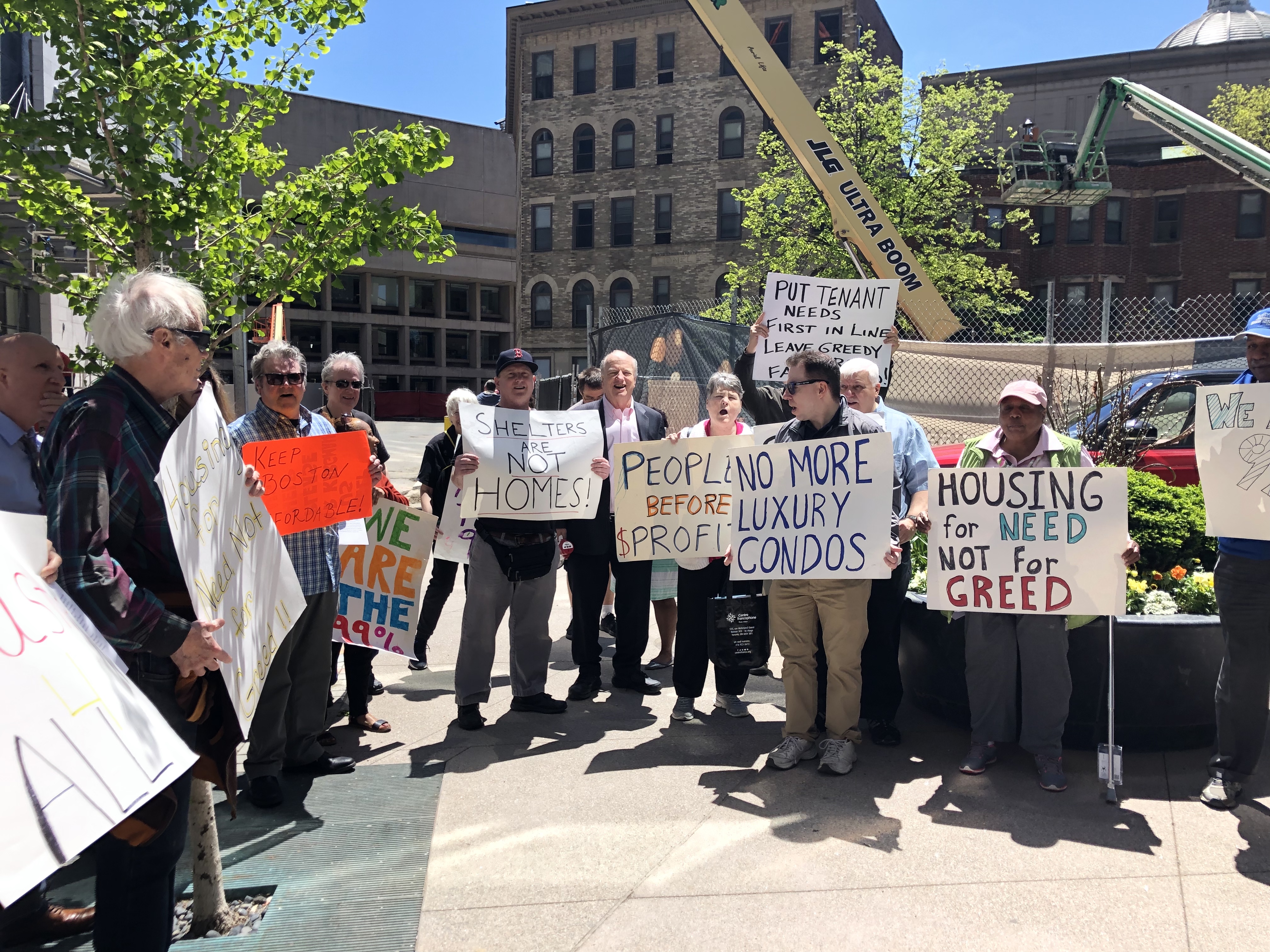 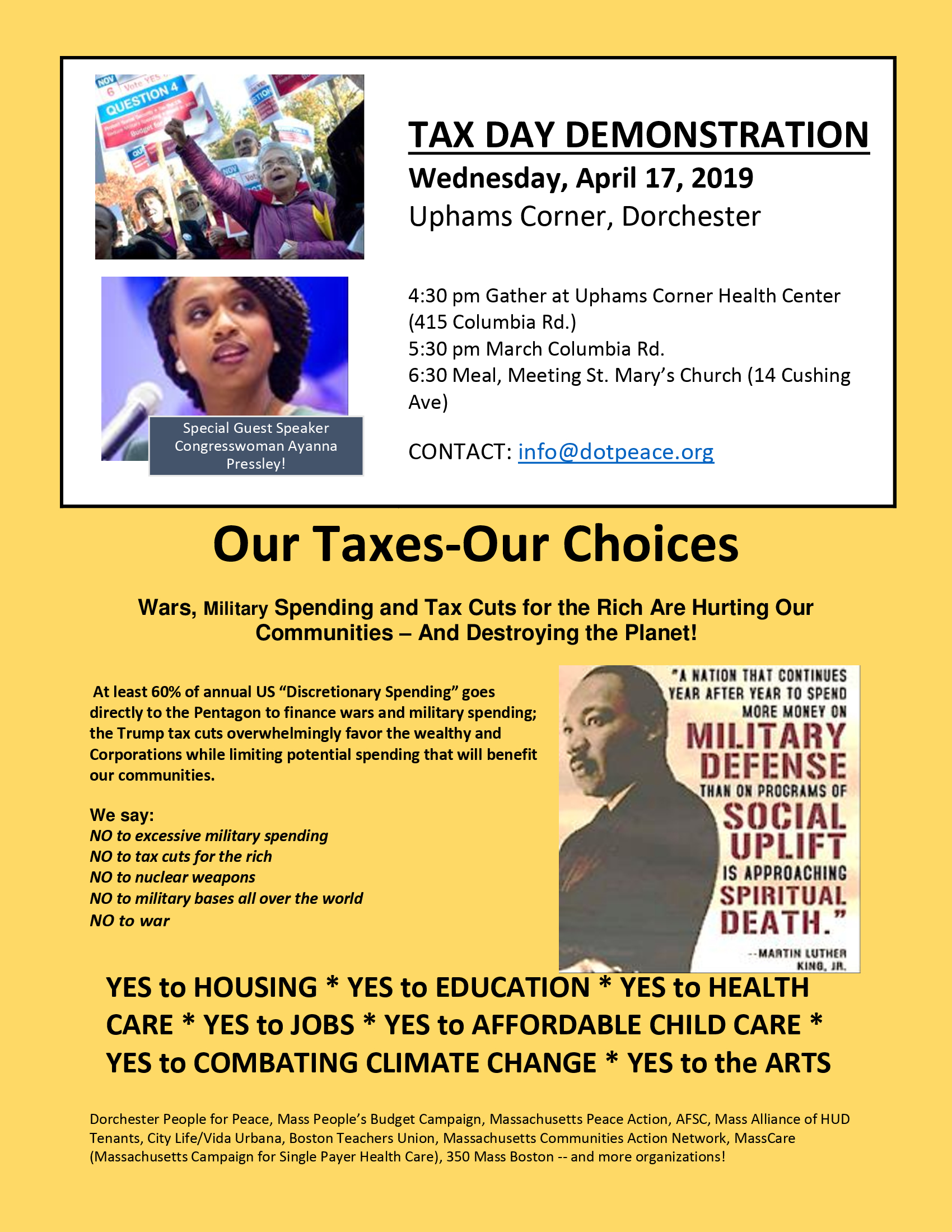 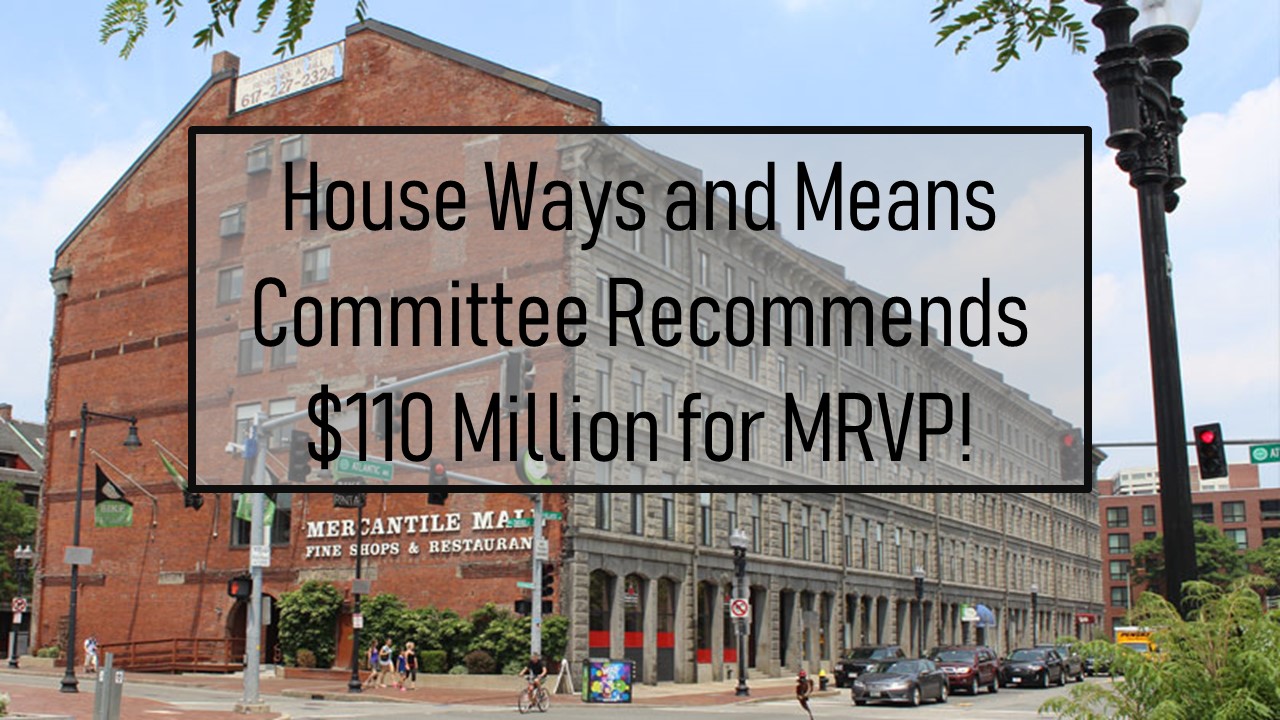 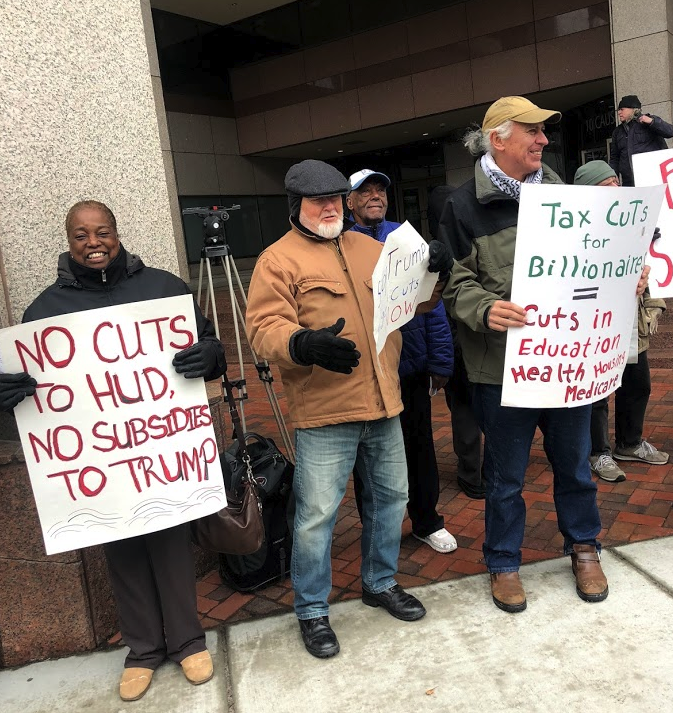 MAHT 13A tenant and Section 8 tenant groups continue to fight for creative solutions to save their buildings as contracts expire and 3-year protections wind down. Hear the latest!

In Boston, MAHT's City Rent Subsidy Coalition has been working hard to win funds for low-income renters by targeting at least 50% of new property tax revenue from luxury condos. Learn what you can do to help!

But this is no time to rest! Trump has again proposed deep cuts and rent increases for Section 8 tenants, as well as Social Security, Medicare, Medicaid, Food Stamps and programs for the poor. Hear about upcoming actions to Stop the Cuts!

Join us to plan our strategy to Save Our Homes in 2019, through the June NAHT Conference and beyond!

39 and 41 buses stop on Centre Street, just a short walk from the office

For Questions and to RSVP, contact the MAHT office!

Anti-Bullying Legislation- how YOU can help!

Elderly and disabled tenants in subsidized housing often experience bullying in their homes, whether it be from management or other residents. “Bullying” is the intentional, repeated attempt by one or more persons to impose wrongful, harmful control over one of more persons. Bullying tactics can be verbal, social or physical including gossip and actions that demand, disrespect and devalue the other. We know that bullying can cause severe distress and trauma to victims, jeopardizing the health of vulnerable seniors and disabled people.

In 2017, Governor Baker appointed a Commission to Study Ways to Prevent Bullying in Subsidized Public and Assisted Multifamily Housing and the Mass Alliance of HUD Tenants' own Michael Kane served as co-Commissioner. The Commission developed comprehensive legislation over several months with input from many advocates, constituency representatives, agency and legislative representatives.


Rep. Kevin Honan has formally filed HD 3905, “An Act to prevent and respond to bullying of elderly and disabled residents.” Sen. Joan Lovely has filed SD 2192, with identical text, in the Senate. Find the bill text here.

Modeled on legislation to address bullying in public schools, HD 3095/SD 2192 defines and prohibits “bullying”, “social bullying” and “mobbing” within Public or Subsidized Multifamily Housing for senior (55+)/handicapped people. The bill requires property owners/managers to develop a building-specific Plan to prevent and remedy bullying; train residents and building staff; and address victims’ rights to seek relief and enforcement. It would require the Attorney General’s Public Safety Division to develop a Model Prevention and Remediation Plan and Training Curriculum for owners to adapt within one year, and for owners/managers to adopt a building-specific Plan within six months of the Model Plan.


We need your help in 2 ways to build support and pass the Anti-Bullying Bill (HD3905/SD2192)!
1. Please contact your state legislators to ask for their support and co-sponsorship (see here for tips)
2. Join us this Thursday, January 31 @11 am at the State House to advocate for support (Meet at the 4th floor café in the State House)

The buildings’ original HUD subsidy contracts ended in 2017. Tenants were set to receive Enhanced Vouchers from HUD, but they would have been replaced by high market tenants when they left. MAHT organized the Concord House Tenants Association, which vowed to seek permanently affordable housing to preserve the South End’s diversity.

After a year long battle, tenants at Esperanza Trust and Fort Hill Gardens, two properties totaling 80 units in Roxbury, are finally seeing some positive changes. Without any Section 8 funding coming to either building for a year, much needed repairs were not addressed while tenants were left wondering what would happen when Section 8 contracts end in 2020.

The current owner, Pitts, at first tried illegally to get out of the Section 8 contract early, but was blocked by HUD when MAHT organized tenants in 2017. HUD forced Pitts to hire Cruz Management. Cruz was able to stabilize the property and secure release of HUD subsidies in March 2018. 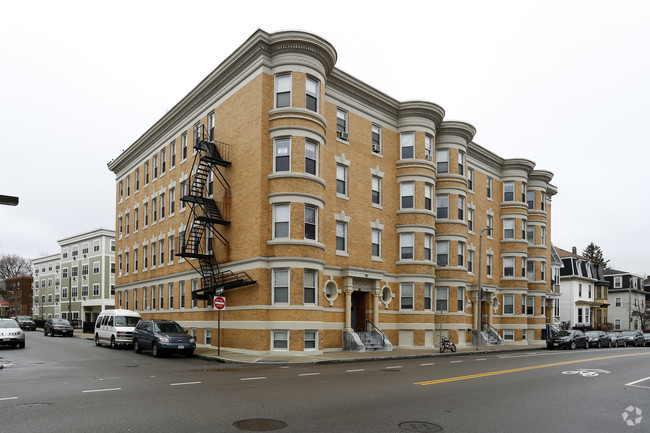 In August 2017 MAHT received a call from a tenant at Eperanza Trust, a 3 building 40-unit property in Roxbury owned by Lorenzo-Pitts, Jr. looking for information about how to legally withhold rent do to less than satisfactory repair work. This turned out to be the tip of an iceberg!

MAHT organized an emergency tenant meeting and quickly discovered that the owner was attempting to illegally terminate the Section 8 contract threatening tenants with displacement. Another 40 families at Fort Hill Gardens, also owned by Pitts, were similarly at risk. Both buildings are located in the rapidly gentrifying Fort Hill neighborhood of Roxbury. 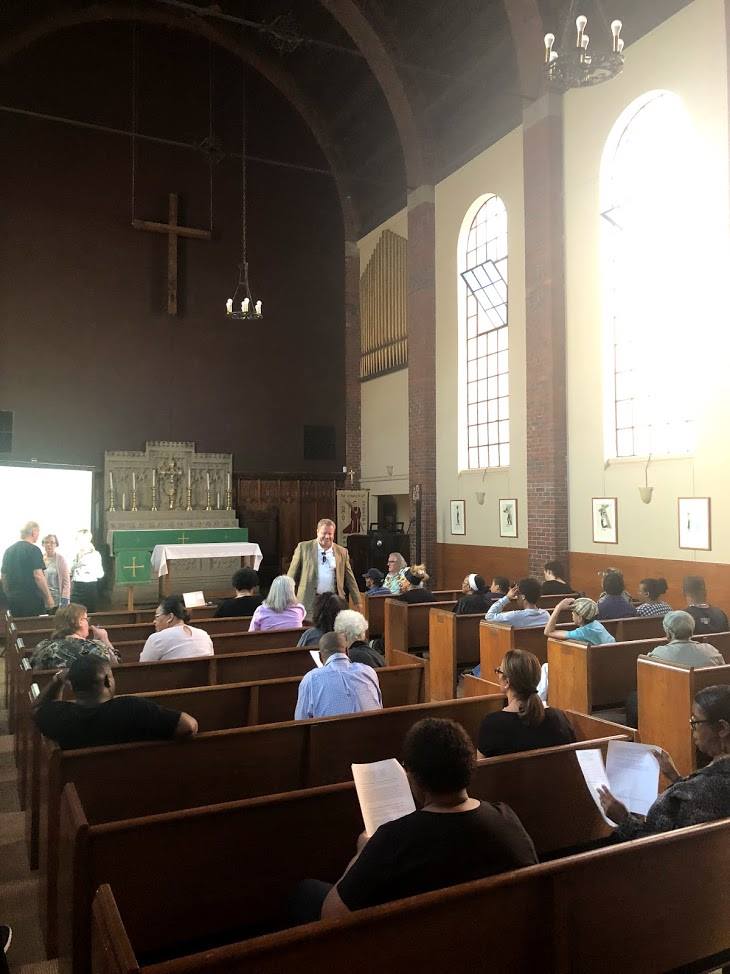 In 2017, MAHT helped organize tenants at Concord House, 2 buildings totaling 181 units Boston’s South End, to save their homes as HUD mortgages subsidies ended. MAHT helped roll back rent increases and helped the Concord House Tenants Association formulate a plan to preserve affordable housing by converting to Project Based Vouchers (PBVs). Many of the residents grew up in the racially diverse South End and have lived at Concord House for decades, and are determined to preserve this diversity for the South End in the future.

The owner, Charlie Gendron, agreed to the tenants plan, and ultimately passed legislation in Washington in March 2018 which will enable Concord House to convert to Project Based Vouchers if tenants consent.

Meanwhile, tenants have been issued Enhanced Vouchers from HUD . If tenants agree, the owner will preserve the building for Section 8 tenants for at least 20 years.